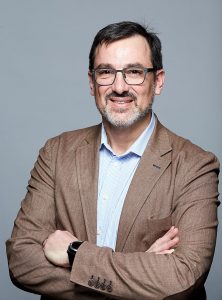 Philippe Bouyer is research director at CNRS and deputy director of the Institut d’Optique Graduate School in Bordeaux. He received his doctorate at Ecole Normale Supérieure in 1995 and was then a postdoctoral fellow at Stanford during which he worked on atom interferometer-based inertial sensor experiments. He joined CNRS and the Institut d’Optique Graduate School in 1996, where he worked on atom lasers and Anderson localization with cold atoms.  His current interests are the study of quantum simulators with ultracold atoms and the development of atom interferometers for testing general relativity in space or detecting gravity fields and gravitational waves underground. He is the recipient of the 2012 Louis D award of the French academy, APS fellow and OSA senior member.

Dmitry Budker was born in USSR and graduated from Novosibirsk State University in 1980. He obtained his PhD in Physics in 1993, from the University of California at Berkeley, USA, where he has been on the faculty since 1995. From 2014, he is leading the Matter-Antimatter Section of the Helmholtz Institute at Mainz, Germany and a Professor at the Johannes Gutenberg University. Budker’s research interest ranges from precision measurement and dark matter research to biomagnetic sensing and measuring magnetic fields in the mesosphere. He is an author of several textbooks and the recipient of the 2021 Norman F. Ramsey Prize of the American Physical Society. 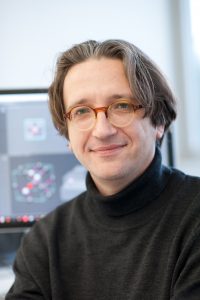 Fedor Jelezko is a director of the Institute of Quantum Optics and fellow of the Center for Integrated Quantum Science and Technology (IQST) at Ulm University. He studied in Minsk (Belarus) and received his Ph.D. in 1998. After finishing the habilitation in 2010 at Stuttgart University he was appointed as a professor of experimental physics in Ulm in 2011.  His research interests are at the intersection of fundamental quantum physics and application of quantum technologies for information processing, communication, sensing, and imaging. 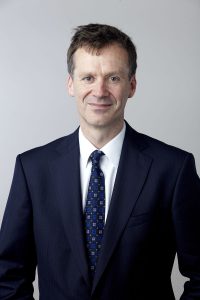 Miles Padgett is a Royal Society Research Professor and also holds the Kelvin Chair of Natural Philosophy in the School of Physics and Astronomy at the University of Glasgow. He leads an optics research team covering a wide spectrum from blue-sky research to applied commercial development, funded by a combination of government, charity and industry. He is currently the Principal Investigator of QuantIC, the UK’s Centre of excellence for research, development and innovation in quantum enhanced imaging, bringing together eight Universities with more than 40 industry partners. He is a Fellow both of the Royal Society of Edinburgh and the Royal Society. Among many other prizes, he has won the Rumford Medal of the Royal Society and the Quantum Electronics and Optics Prize of the European Physical Society.